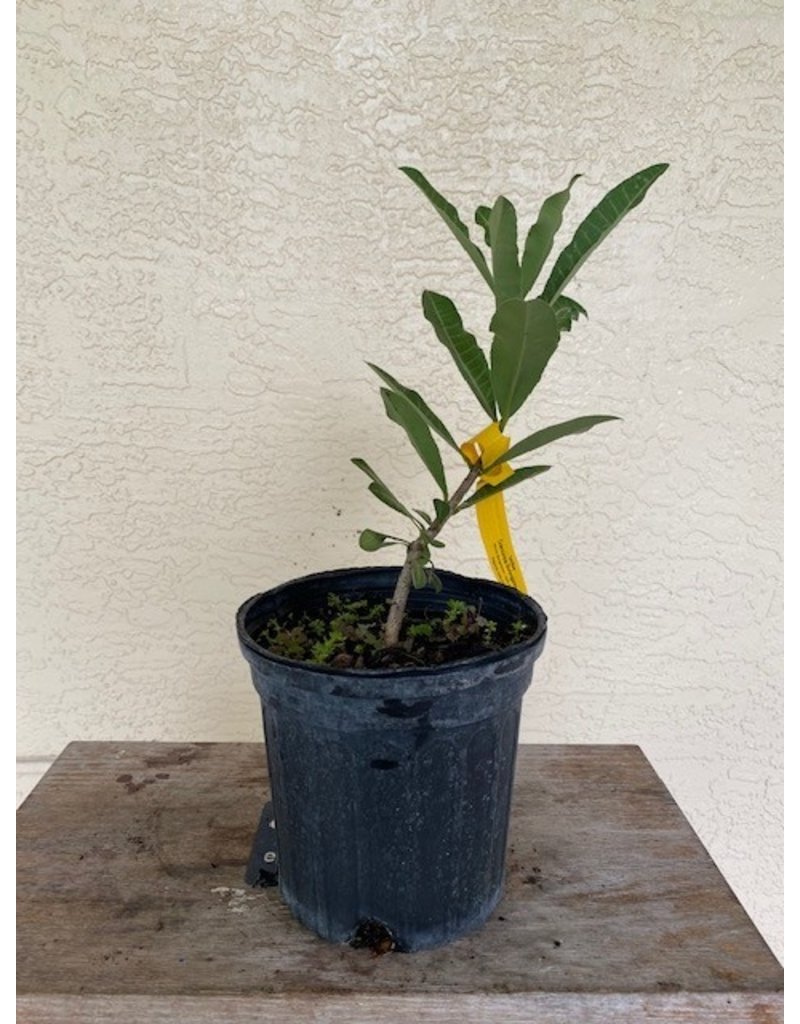 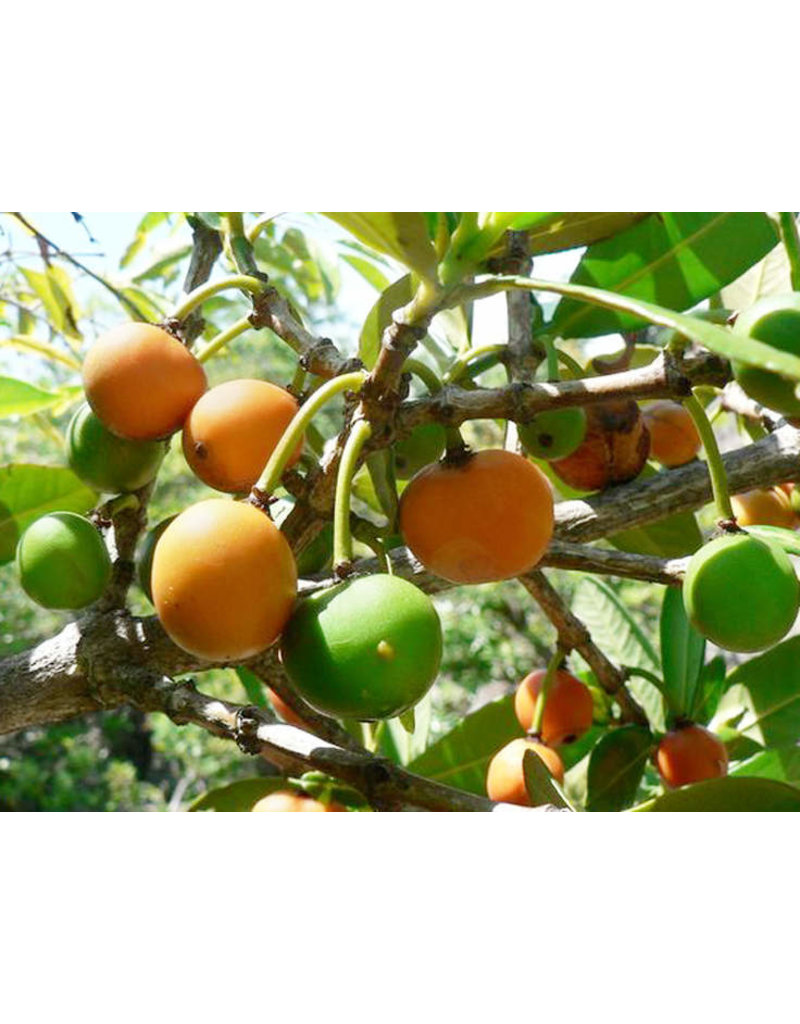 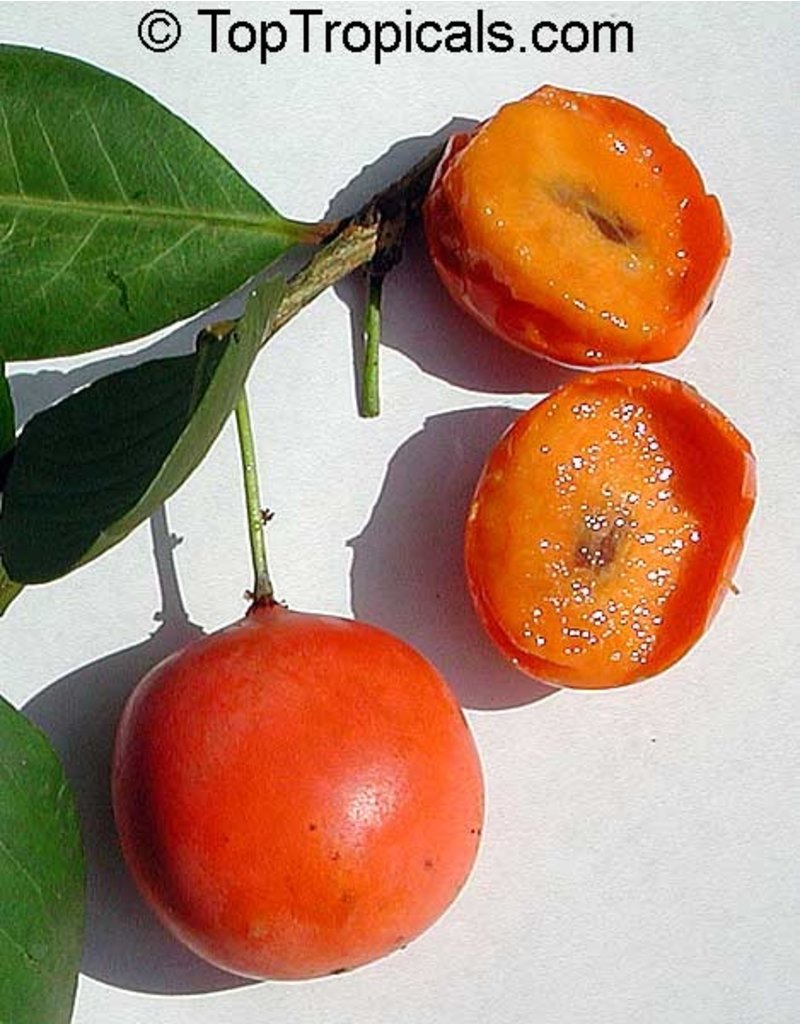 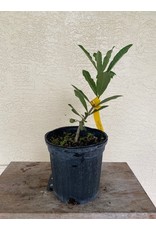 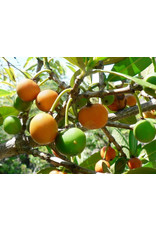 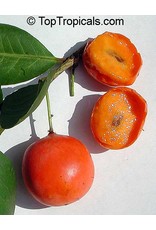 Tree Description: This small tree of east Africa bears an edible plum like fruit. Although the trees may reach a height of 15 to 20 feet, they are usually lower and have several trunks, which arch away from the main axis and produce a number of short, thick, side branches. The trees are often used as landscape subjects because of their unusual form. An evergreen small tree with interesting branching pattern, with three lateral branches being produced at right angles to the trunk at each node (Fig. 9), oddly shaped growth habit makes it valuable more for a landscape curiosity than just for its fruit.

Distribution: The African mangosteen is widespread in the warmer parts of Africa, from just north of Durban as far as Somalia and Guinea. In southern Africa it spreads quite far up the Limpopo and Zambezi Valleys. In this range it encounters widely varying rainfall (from about 200 to 1000 mm a year) and soil types. However, the temperature is a unifying feature: winters (as far as they exist) are warm and summers are hot to very hot. These trees are notably sensitive to cold, though quite hardy to both drought and heavy rain.

Importance: The juicy fruit pulp is acid-sweet, pleasant tasting and refreshing. Fruits are eaten raw or cooked with porridge.They are rich in carbohydrates (mainly sugars) and have moderate mineral content. Extracts from flowers and leaves have antibiotic properties. Infusion made from roots used to treat abdominal pains during pregnancy and after giving birth. Fruit used to treat mumps. The tree is used in traditional medicine, and in particular the powdered root is used as an aphrodisiac. 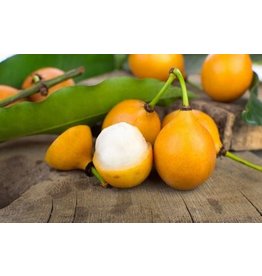 Available from curbside pick-up only.
Add to cart
Achachairu
$65.00 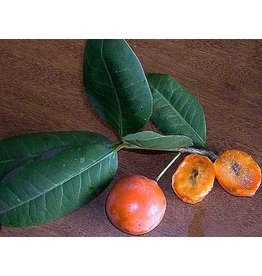 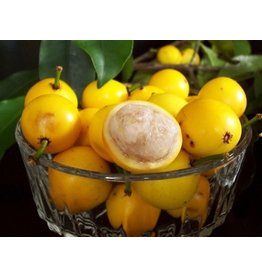 Available for curbside pick-up only.
Add to cart
Lemondrop Mangosteen
$15.00