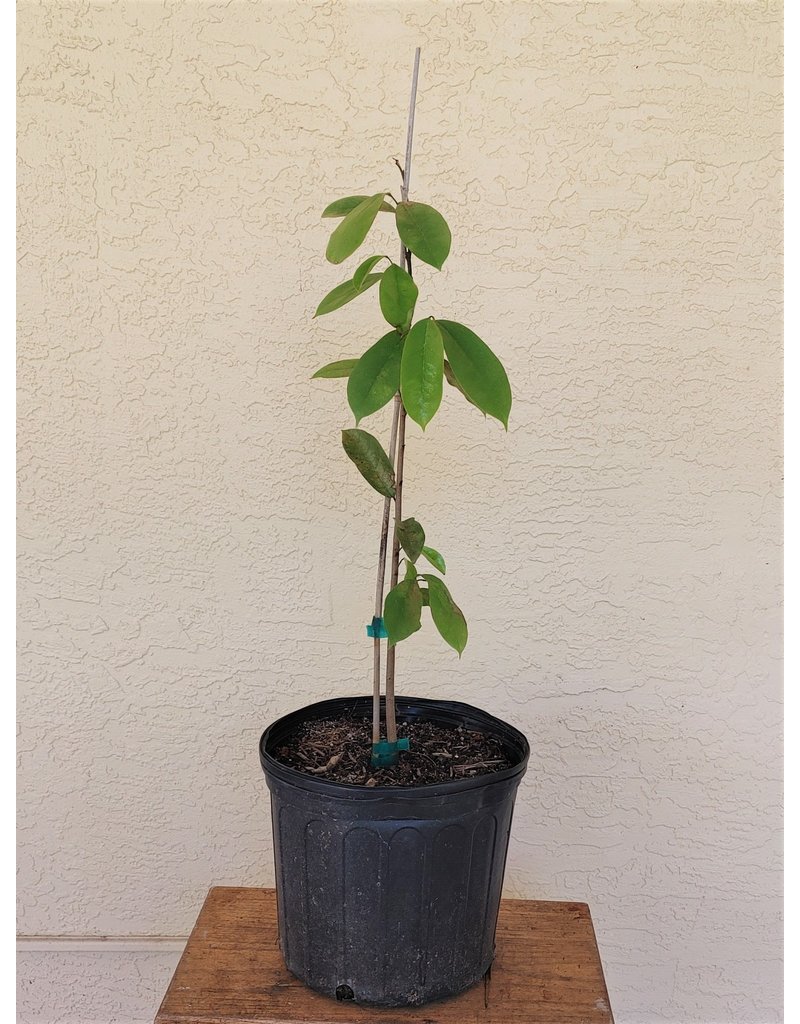 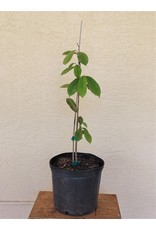 Tree Description: Soursop has a sweet and tart custard-like pulp. The fruit are typically heart shaped, and weigh up to ten pounds. They make superb milkshakes, but can be eaten fresh as well. The trees are fast growing, and they usually begin fruiting in just two years. Avg. Height x Width: 15' x 10'. Season: Year round. Damage Temp: 40F.

Distribution: A. muricata is of tropical American origin although its exact origin is unknown; it is probably native in Central America and in northern South America .. It is known to be cultivated in Africa (mainly the warm lowlands of eastern and western Africa), temperate and tropical Asia, Australasia, North America, the south-central Pacific Islands, the Caribbean, and Mesoamerica.

History: It was one of the first fruit trees carried from America to the Old World Tropics. Both A. cherimola and A. muricata were introduced to Asia by way of the Spanish galleon trade at an early date, and A. muricata is now widely cultivated across the Asia Pacific region for its edible fruit.

Importance: In addition to its use as a food crop, the seeds and many of the plant parts of A. muricata are used in traditional medicine report some of its uses in traditional Indian medicine as well as in Jamaica, Haiti, Brazil, the Peruvian Amazon for the treatment of kidney problems, fever, nervousness, ulcers and wounds, with antispasmodic, antidysenteric, and parasiticidal activity, its leaves for fever, its bark as tonic, roots as antispasmodic and parasiticidal, its flowers as bechic [relieving coughs], unripe fruit as antiscrobutic; and seeds as insecticidal, astringent, and as a fish-poison. The plant is used in Ayurvedic medicine as a bitter, tonic, abortifacient, febrifuge, for scorpion stings, high blood pressure, and as a respiratory stimulant. It has become popular as an alternative remedy for cancer, and while there is so far no evidence to support this from clinical trials, some recent laboratory research suggests that extracts can act against cancer cells. Unfortunately, the fruit and seeds also contain annonacin, which has been demonstrated to be toxic in vitro and in vivo to dopaminergic and other neurons, and consumption of the fruit has been associated with an increased risk of developing atypical parkinsonism in humans.