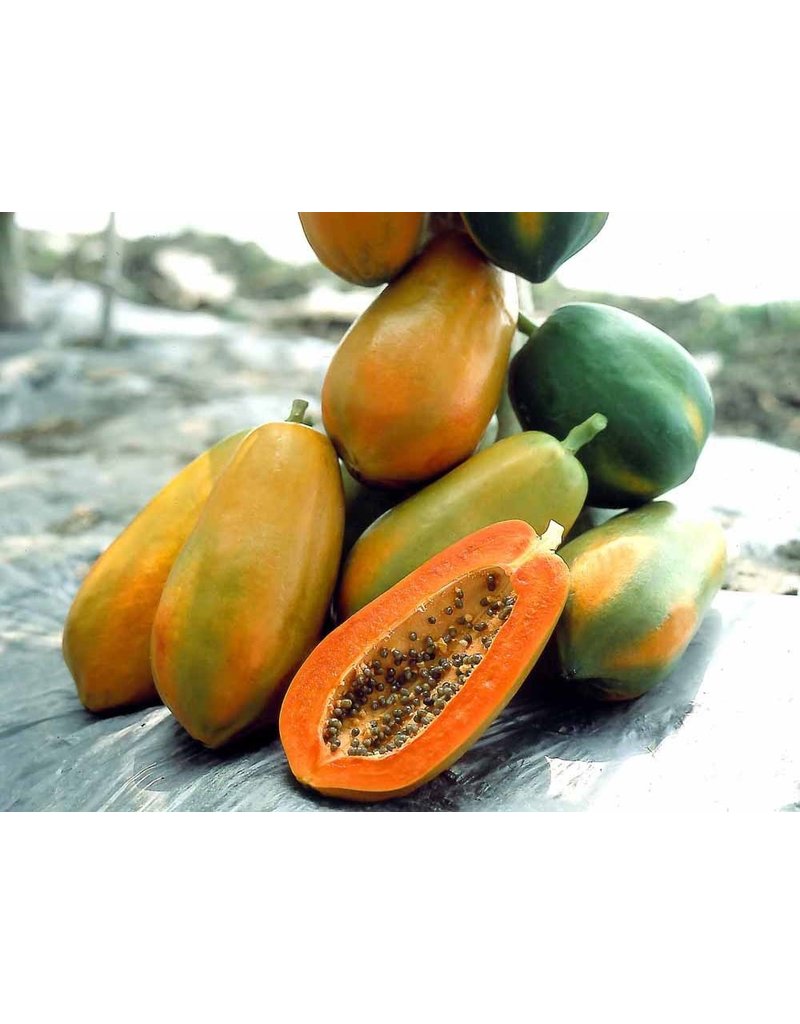 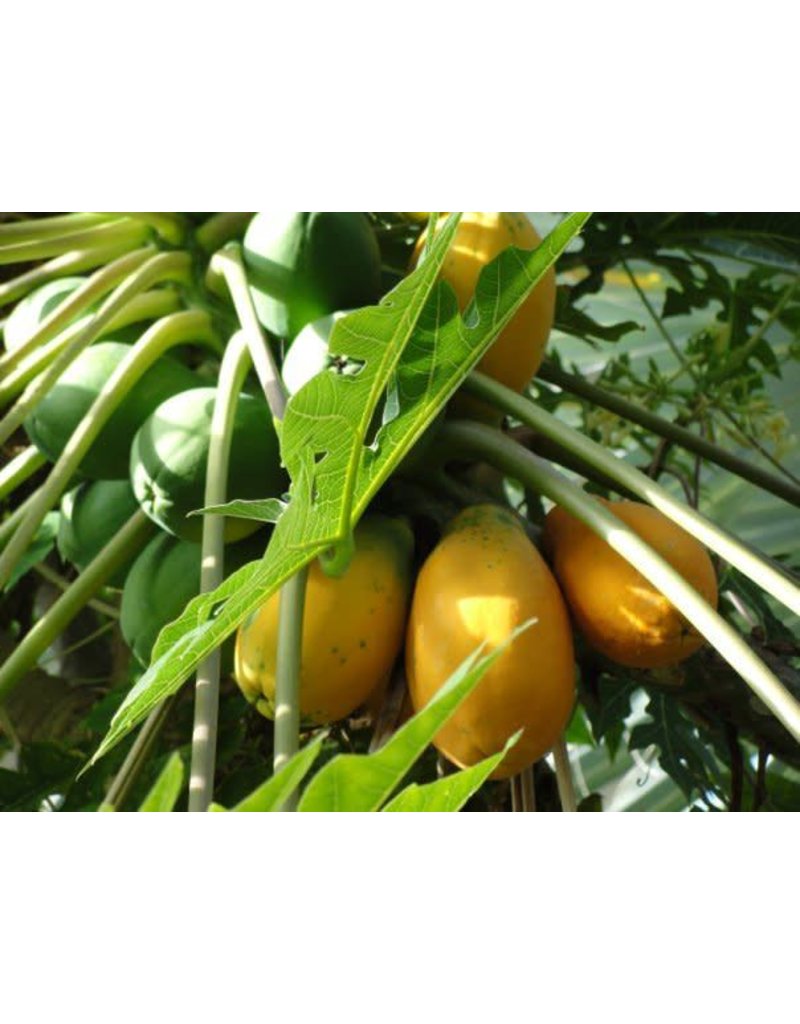 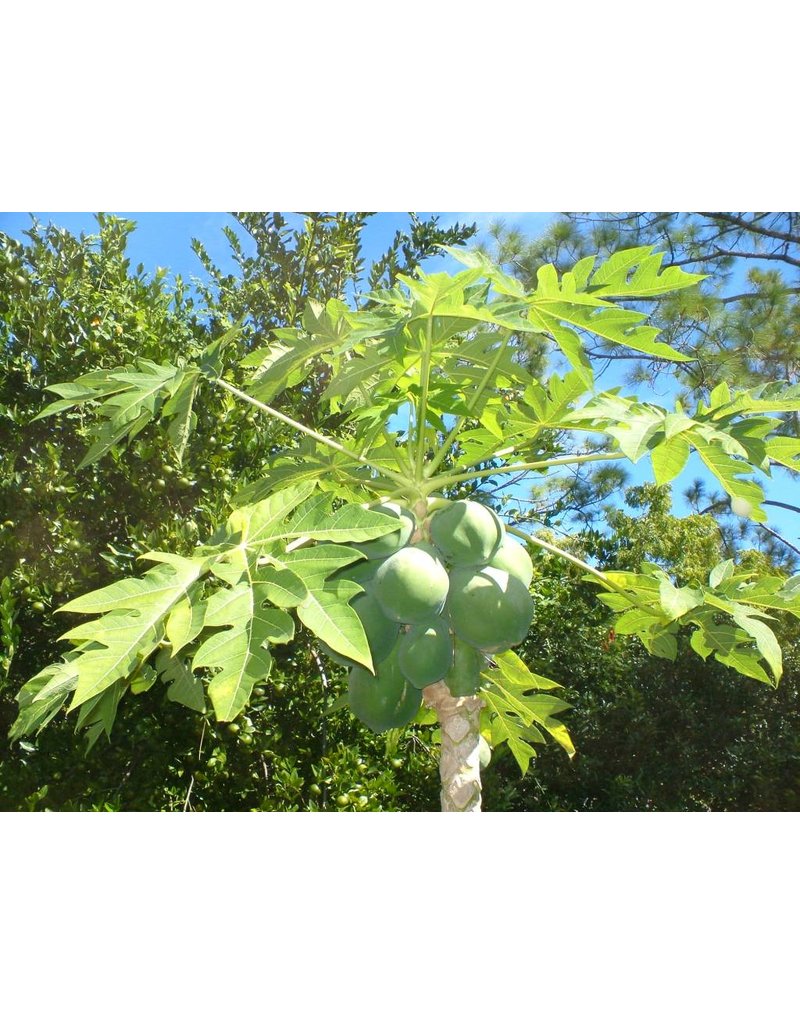 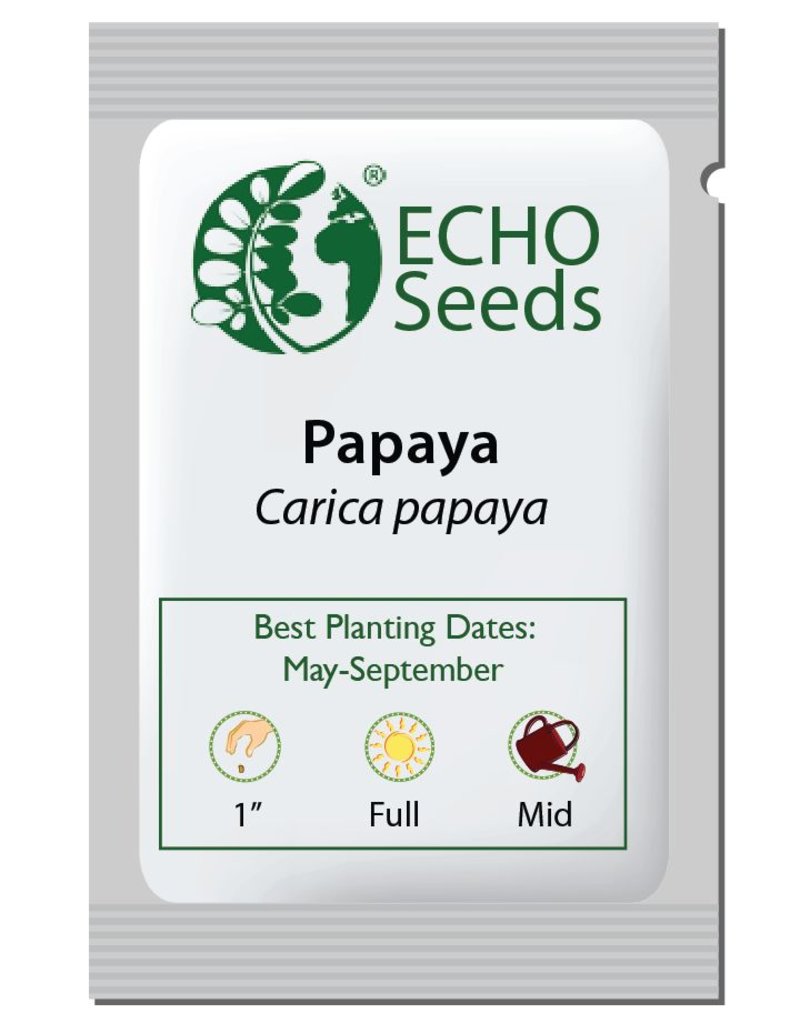 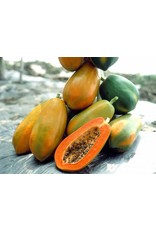 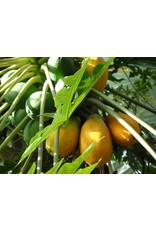 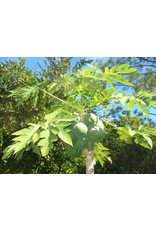 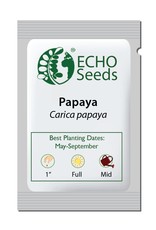 Tree Description: Papaya has an enzyme that soothes the stomach and calms indigestion. The fruit is commonly consumed as a breakfast food, and it is often juiced as well. Red Lady is a dwarf self pollinating variety that is also especially resistant to papaya ring spot virus. The fruit typically weigh four to six pounds, and it has excellent flavor, aroma, and texture. Avg. Height x Width: 6' x 5'. Season: Year round. Damage Temp: 30F.

Due to high demand, all ECHO seeds have a limit of 10 packages per order.

Thank you for supporting ECHO!

Distribution: Papaya originated in Mesoamerica, likely in southern Mexico. Regarding the natural distribution of papaya, this has been suggested to range from the northern tropical limit of Mexico to Costa Rica in Central America.

History: The papaya is believed to have originated in southern Mexico and eastern Central America. By the time that the Spanish arrived, the fruit had already spread throughout Central America and into South America. The Spanish were the first to introduce it to Asia in 16th century via the Philippines. 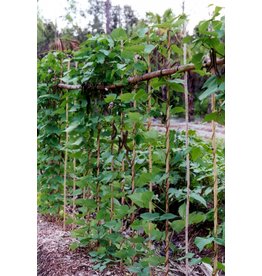 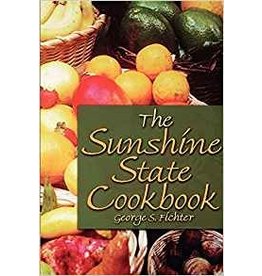 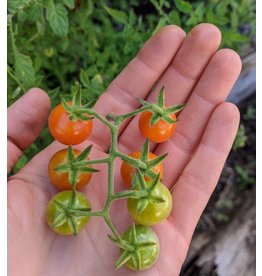 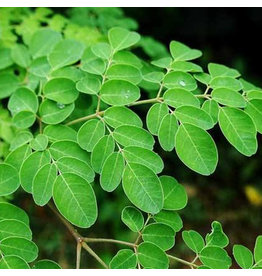 Available for curbside pickup only.
Add to cart
Moringa
$12.00 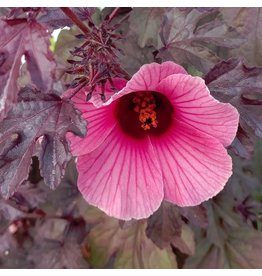