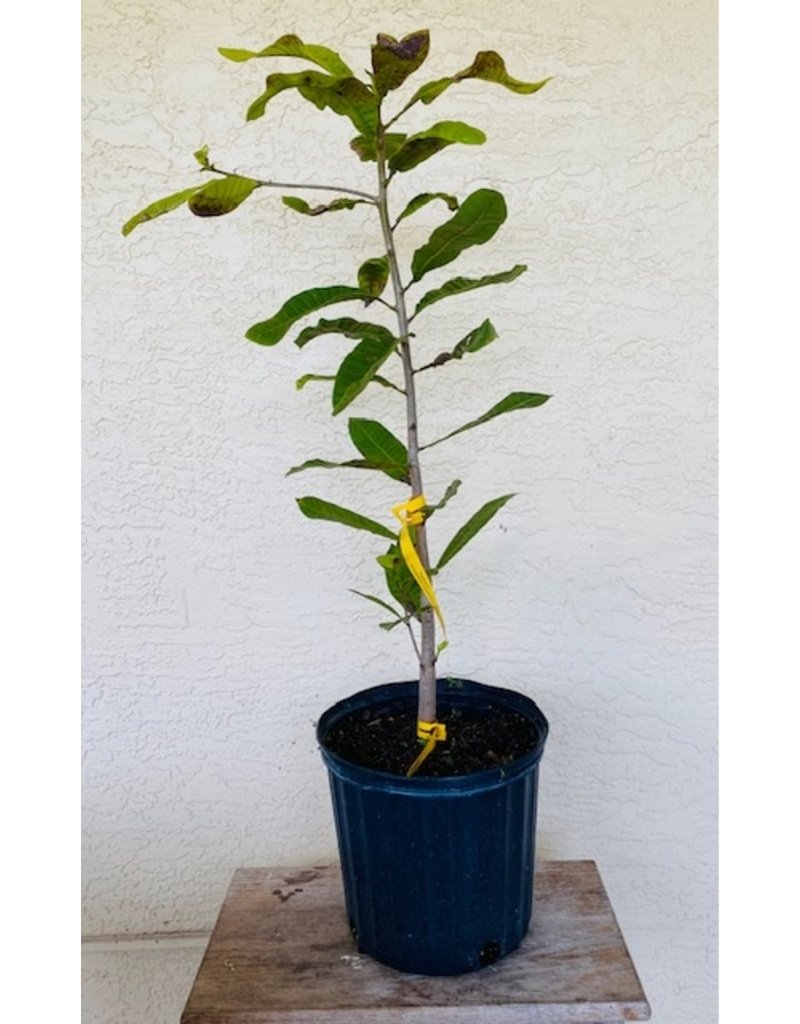 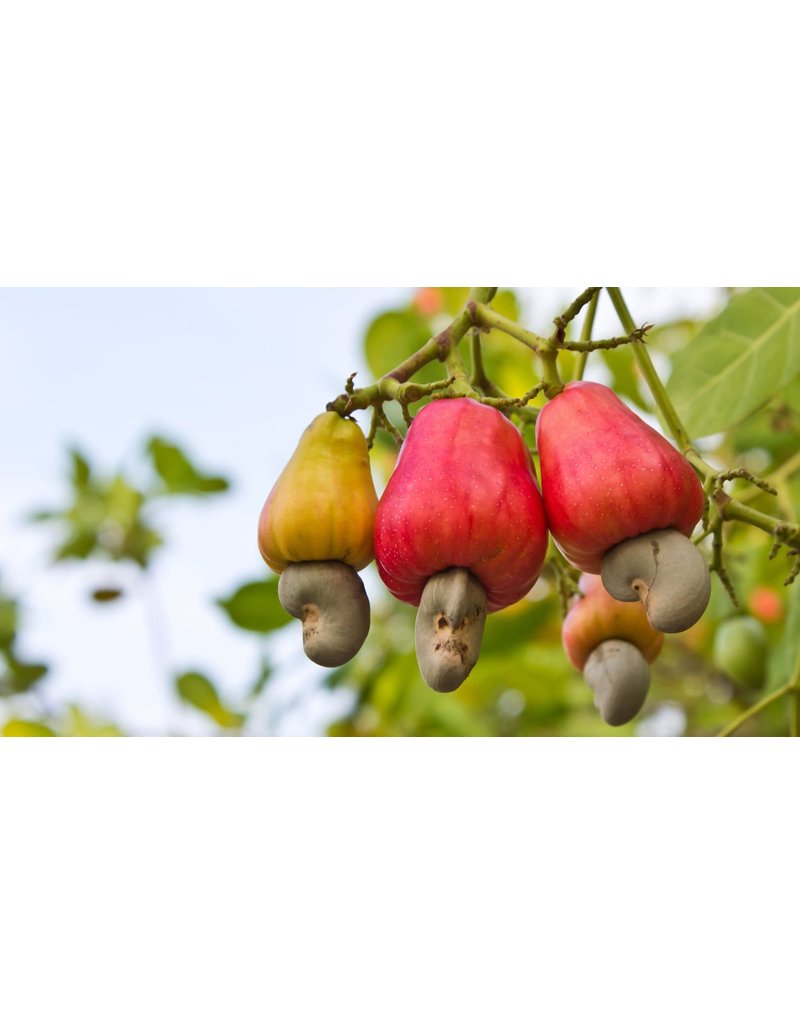 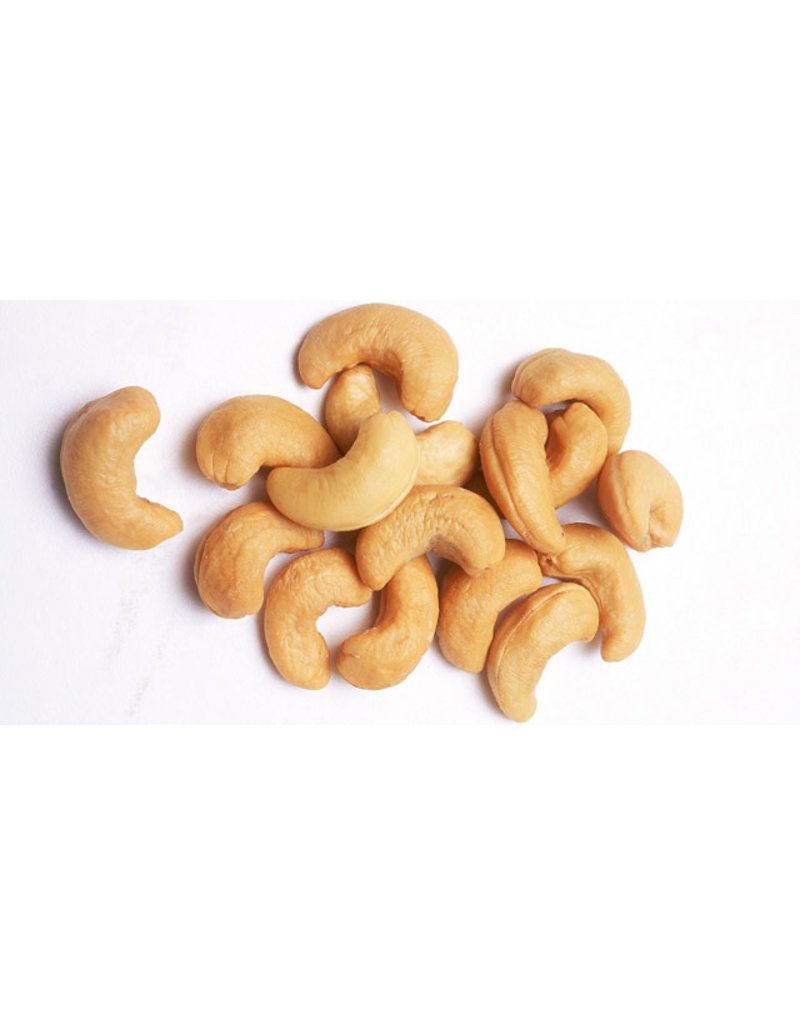 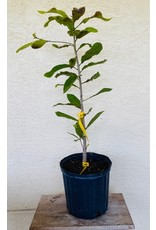 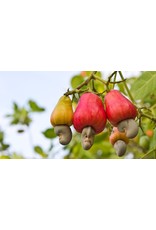 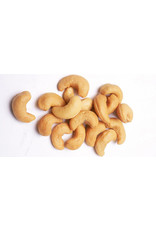 Tree Description: The actual fruit is the nut, the "apple" is a swollen stem. Cashew "apple" is eaten fresh, candied, or stewed. They have a sweet and astringent taste, and are somewhat chewy. The nut itself is caustic until roasted, and they should be roasted outside because the fumes can be irritating. Under favorable conditions they can grow very fast, and they can fruit in just two years. The plants tolerate very poor soil and drought, but they are very cold-sensitive. Avg. Height x Width: 12' x 15'. Season: Spring - summer. Damage Temp: 30 - 32 F.

Distribution: Cashew is native to Latin America and has a primary center of
diversity in Amazonia, and a secondary one in the Planalto of Brazil. Natural
occurrence of cashew has been reported from Mexico to Peru, and in the West Indies. It
was one of the first fruit trees from the New World to be widely distributed throughout
the tropics by the early Portuguese and Spanish adventurers.

History: Cashew was discovered by Portuguese traders and explorers in Brazil in 1578. It was
introduced into West and East Africa and India by the Portuguese travelers in the 16th
century. By then, cashew was considered a suitable crop for soil conservation,
forestation, and also wasteland development. Therefore, the initial aim of cashew
introduction to those areas was not to produce nuts and apples (pseudo-fruits), but to
help control soil erosion on the coast (Bradtke, 2007).

Importance: Cashews are low in sugar and rich in fiber, heart-healthy fats, and plant protein. They're also a good source of copper, magnesium, and manganese — nutrients important for energy production, brain health, immunity, and bone health. 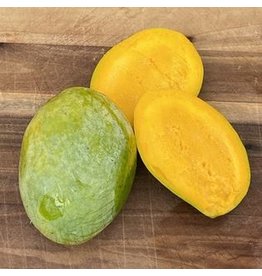 Available for curbside pickup only.
Mango
$40.00 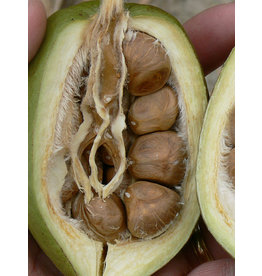 Available for curbside pickup only.
Add to cart
Guinea Peanut
$10.00 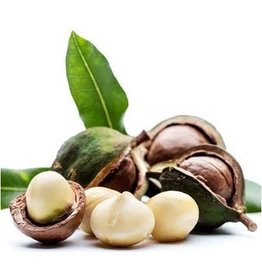 Available for curbside pickup only.
Macadamia
$40.00