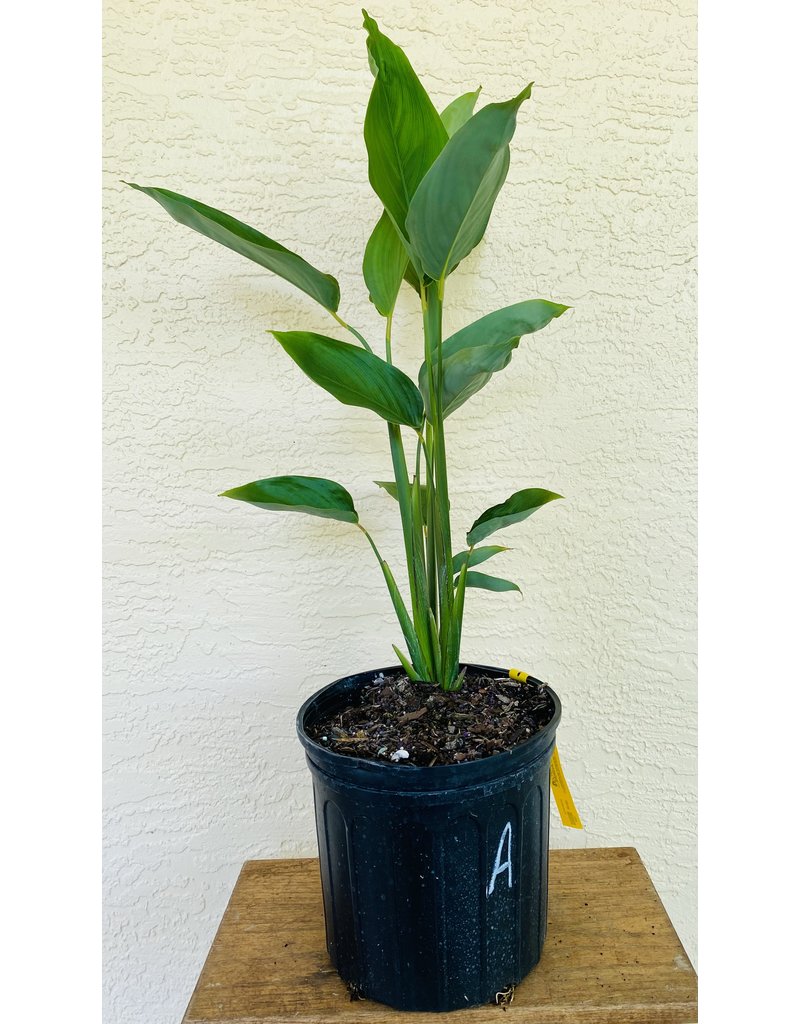 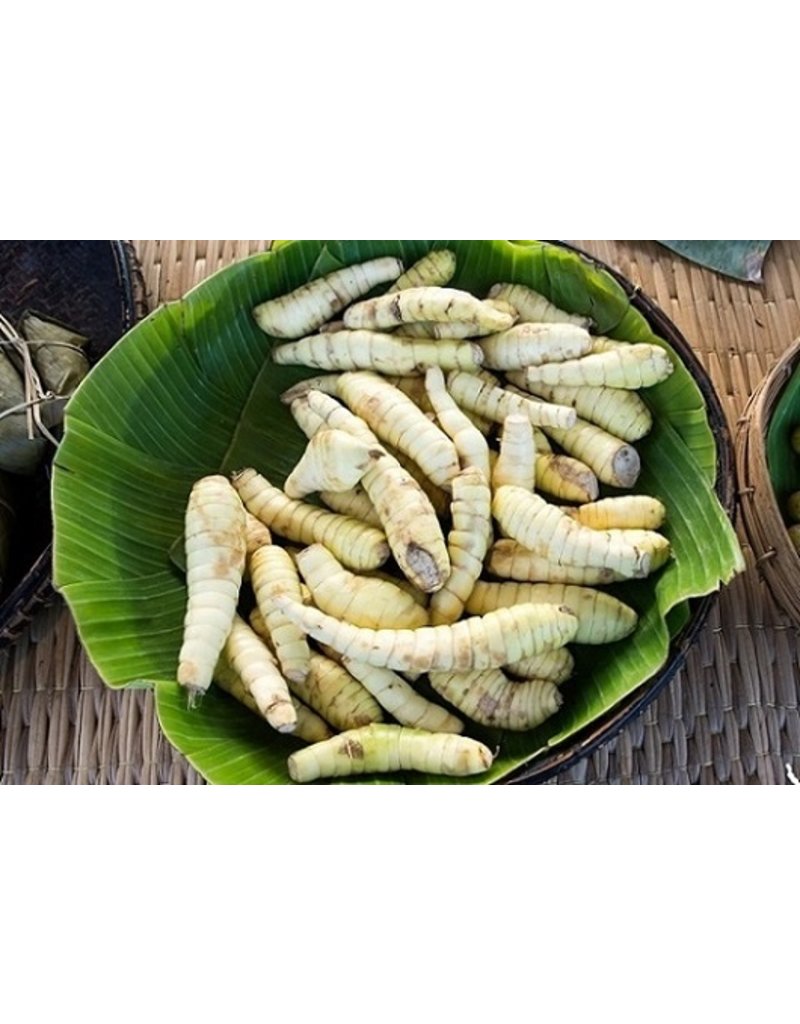 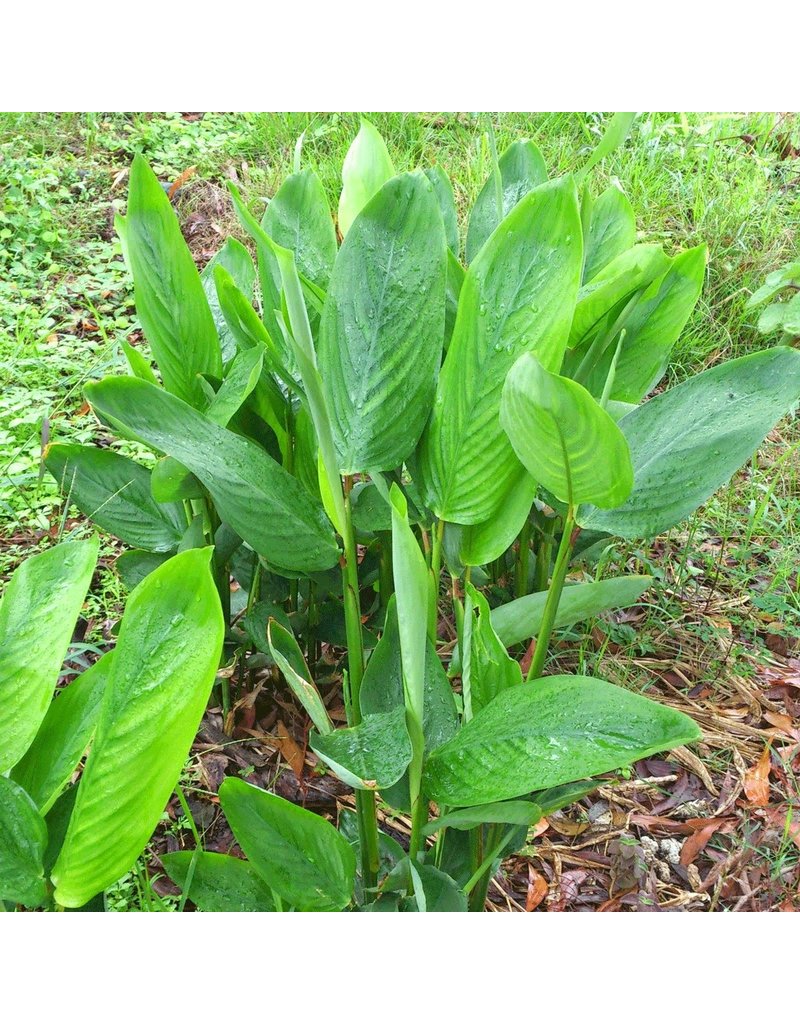 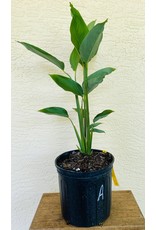 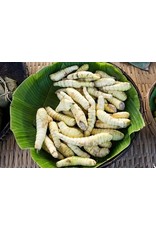 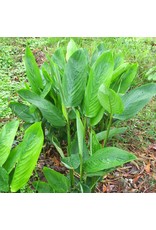 Plant Description: Many of the plants in the arrowroot group are somewhat similar in appearance. They have underground rhizomes, or tubers, from which arise reed-like, erect stems. Flat, long, pointed leaves are attached in a sheath-like fashion up and down the upright stems in typical canna or ginger-like fashion. The starchy rhizomes of true arrowroot, M. arundinacea, are long, pointed, and enclosed with bracts.

Distribution/History: Maranta arundinacea is native to Mexico, Central America and South America. It has been introduced in the West Indies, tropical Asia and Africa. It can be found in cultivation throughout the tropics, but is important only in the West Indies (Bahamas, Antilles, especially Saint Vincent island).

Importance: The starch extracted from the rhizomes is easy to digest, and is often used as a thickener in dressings, soups, sauces, candies, cookies and desserts like puddings and ice cream. Processed rhizome pulp is used in the industrial manufacture of paper, cardboard, cushions and wallboards, and the starch is used as the basic ingredient of powders, glues and soap. Rhizomes can also be eaten boiled or roasted. Medicinally, the pulp of fresh rhizomes is used in poultices to heal wounds and ulcers and the starch, mixed with water or milk, is used to relieve stomach aches and diarrhoea. The rhizomes are also a good substitute for maize in broiler rations and the fibrous debris after starch extraction is used as animal fodder and manure. Cultivars with strikingly coloured leaves (e.g. brown-purple and white-green) are popular as ornamentals. 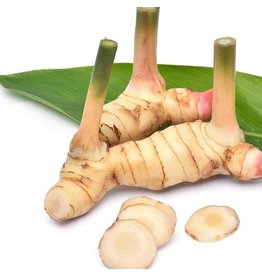 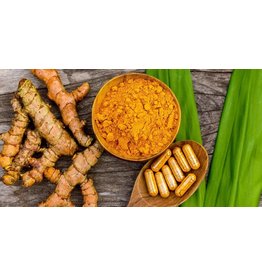 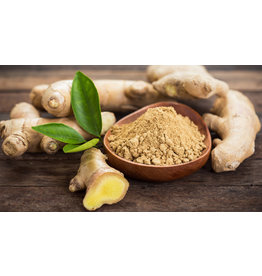