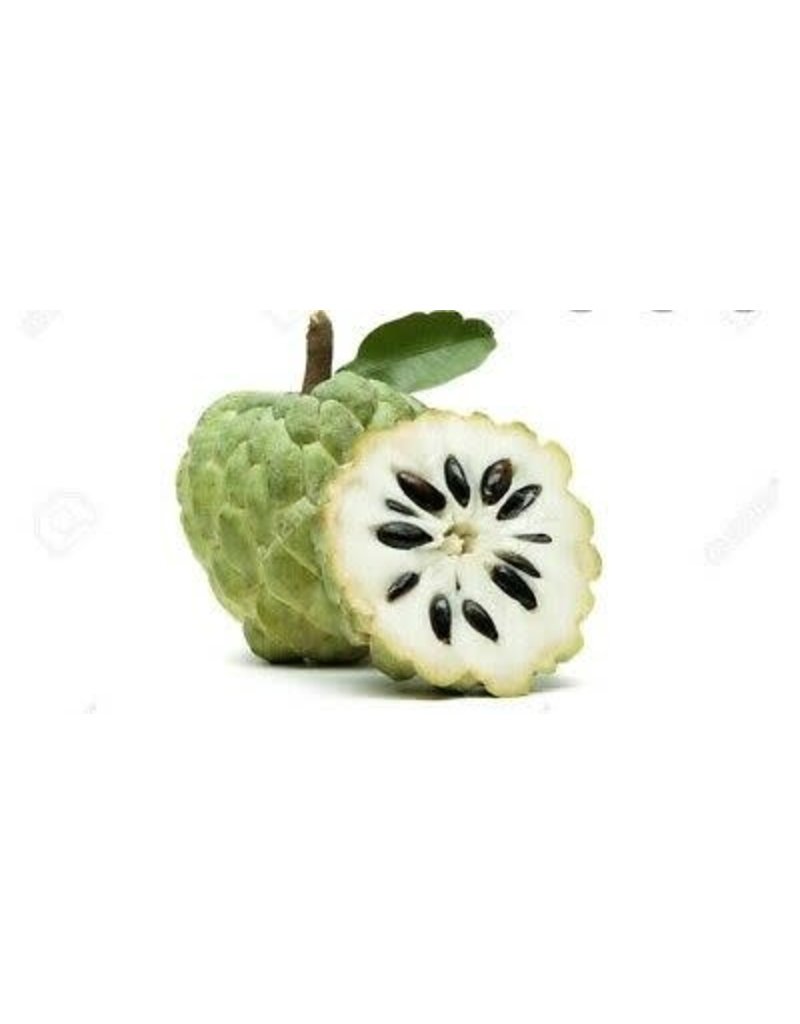 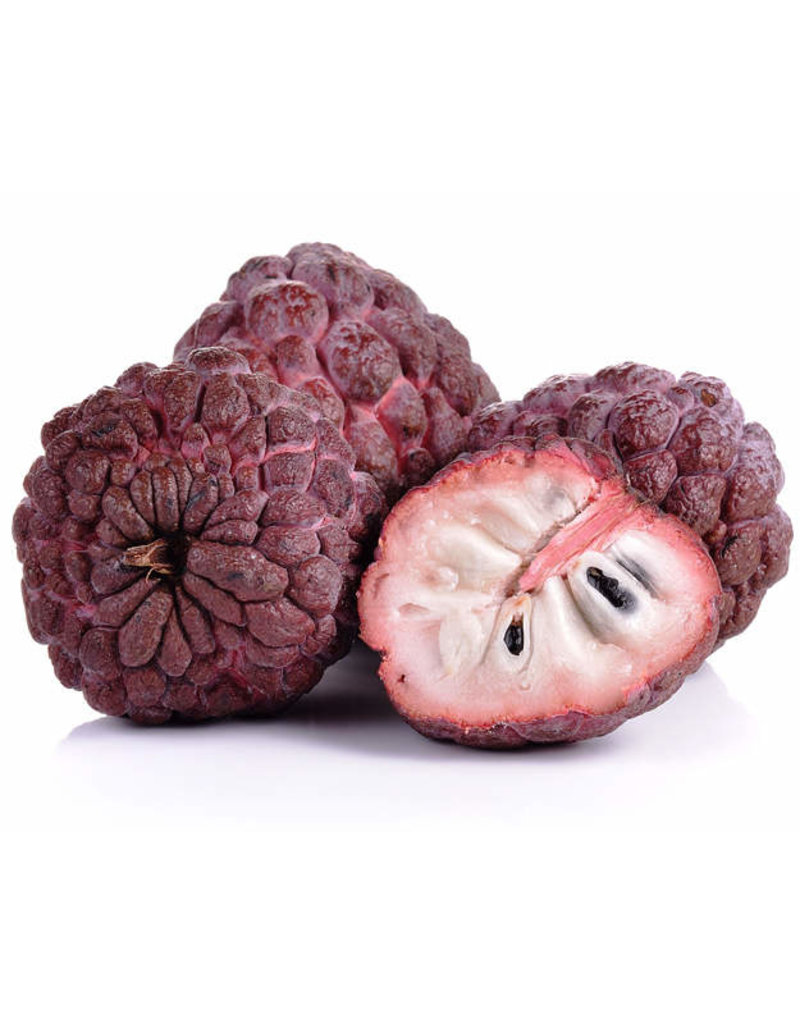 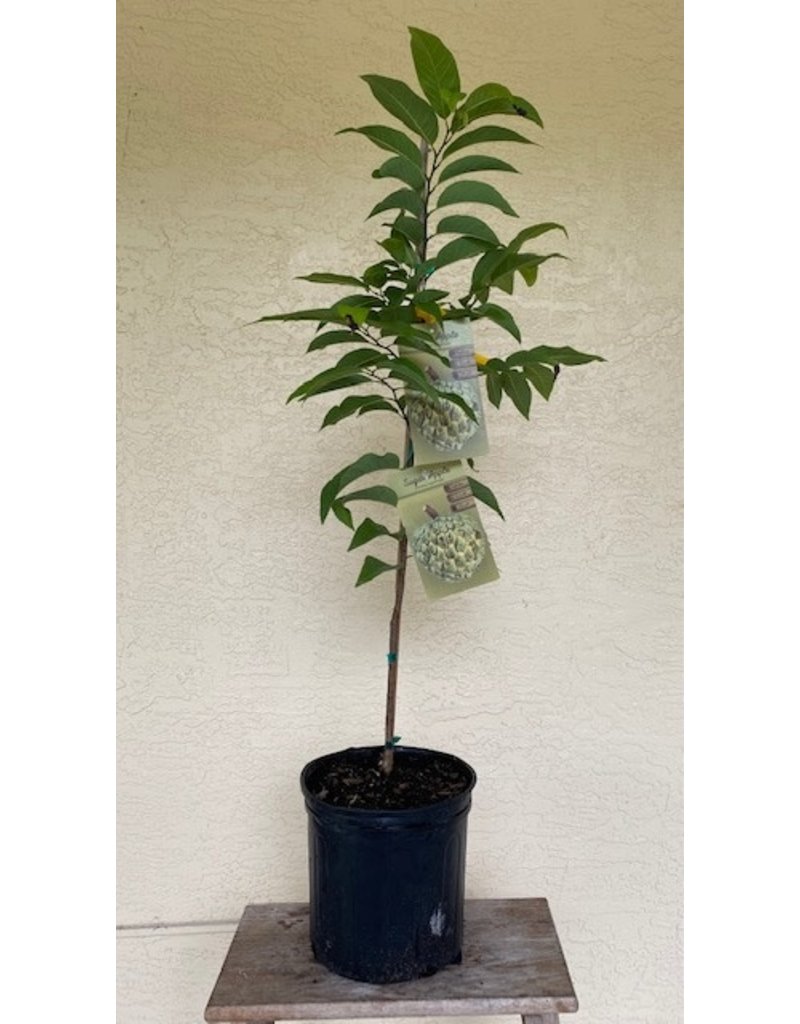 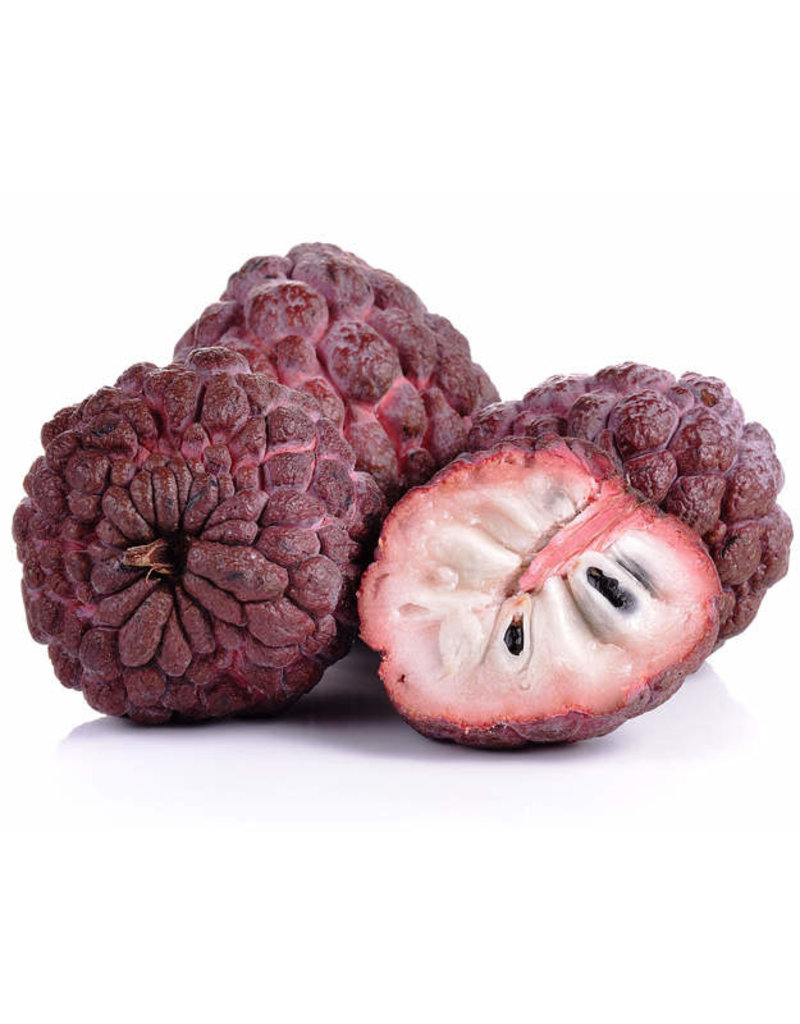 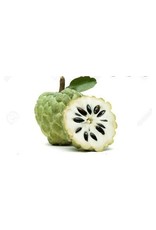 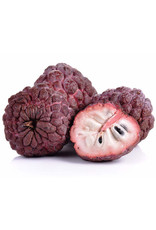 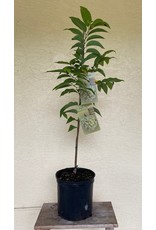 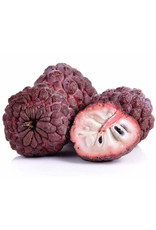 Tree Description: The sugar apple is an exquisite fruit that is very closely related to the cherimoya. The fruit are typically baseball- to softball-size, and they taste like sugary sweet custard. The pulp comes apart in segments, each containing a small black seed that separates easily from the fruit. The trees begin to fruit at just one to two years of age, and they can easily be maintained at eight to ten feet. Avg. Height x Width: 15' x 10'. Varieties: Thai-Lessard, Kampong Mauve. Season: August - November. Damage Temp: 28F.

Distribution: A. squamosa is indigenous to tropical South America and the West Indies. The sugar apple originated in lowland Central America where it is indigenous, and from there it was distributed to Mexico and throughout tropical America. In the lowlands of Mexico it is found in a naturalized or wild state, and it is grown from Central America southwards to northern South America, extending to northeastern Brazil where it is one of the most popular fruits. It is a common species in the West Indies and has been present since at least 1689.

History: Date of introduction of A. squamosa to the West Indies is unknown, but it was present by the time of Sir Hans Sloane’s 1687-1689 voyage to Jamaica, during which he collected specimens now present in the British Museum (British Museum specimen BM000594147). The species was also included in Macfadyen's (1837) work on Jamaica, and was present in Puerto Rico by 1883, as it was included in Bello’s (1883) work on the island. It was also listed in Britton’s (1918) flora of Bermuda and Britton and Millspaugh’s (1920) work on the Bahamas.

Importance: The fruit of A. squamosa is usually eaten fresh. It contains 50-61% edible matter, and is a source of carbohydrates, vitamins and proteins. The fruit is utilized commercially as a flavouring for ice cream and can also be made into sherbet. The pulp, after removing the seeds, can be passed through a strainer or homogenized to make a delicious and refreshing drink. The leaves, bark, roots, seeds and fruit of A. squamosa have various important medicinal uses. 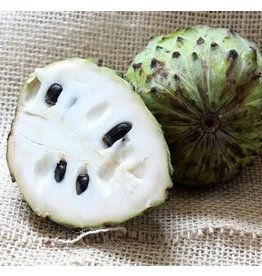 Available for curbside pickup only.
Add to cart
Soursop
$15.00 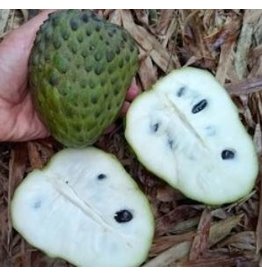 Available for curbside pickup only.
Atemoya
$40.00 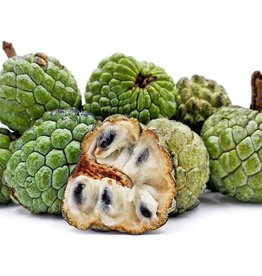