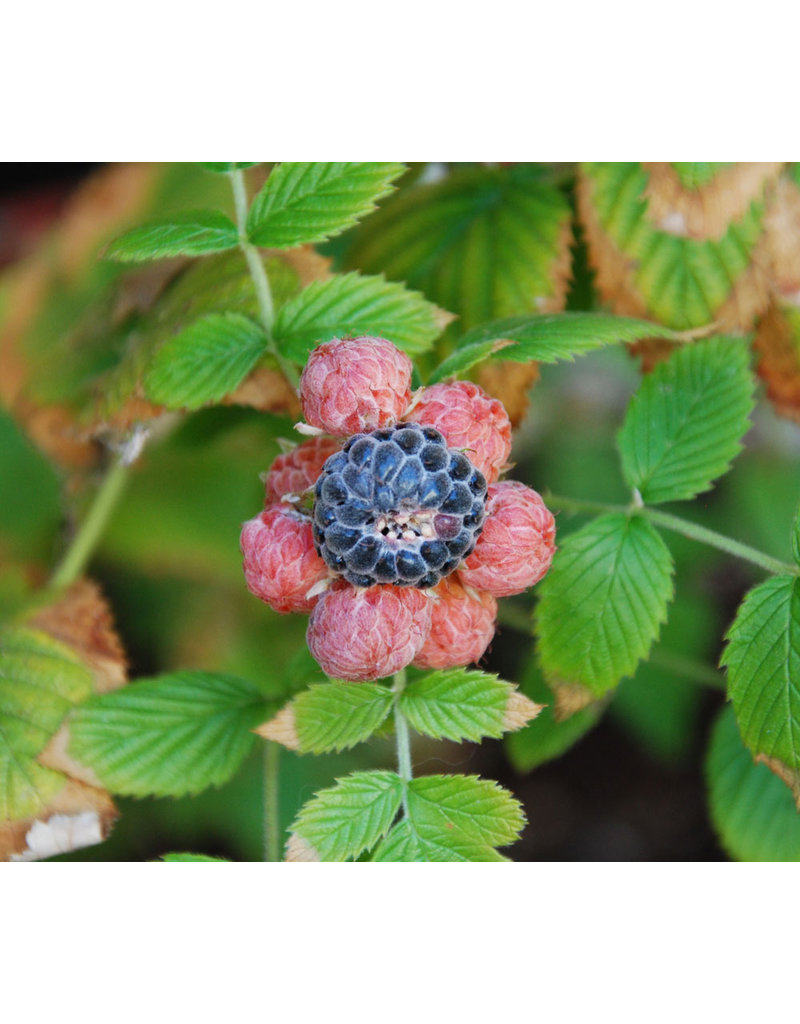 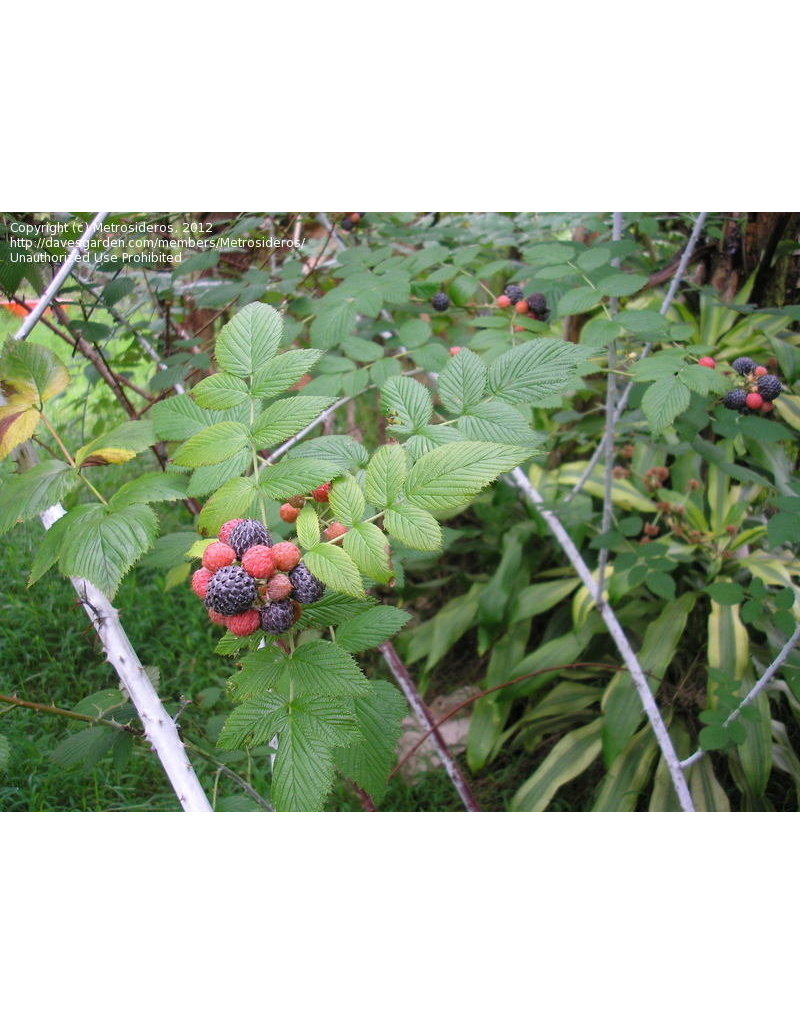 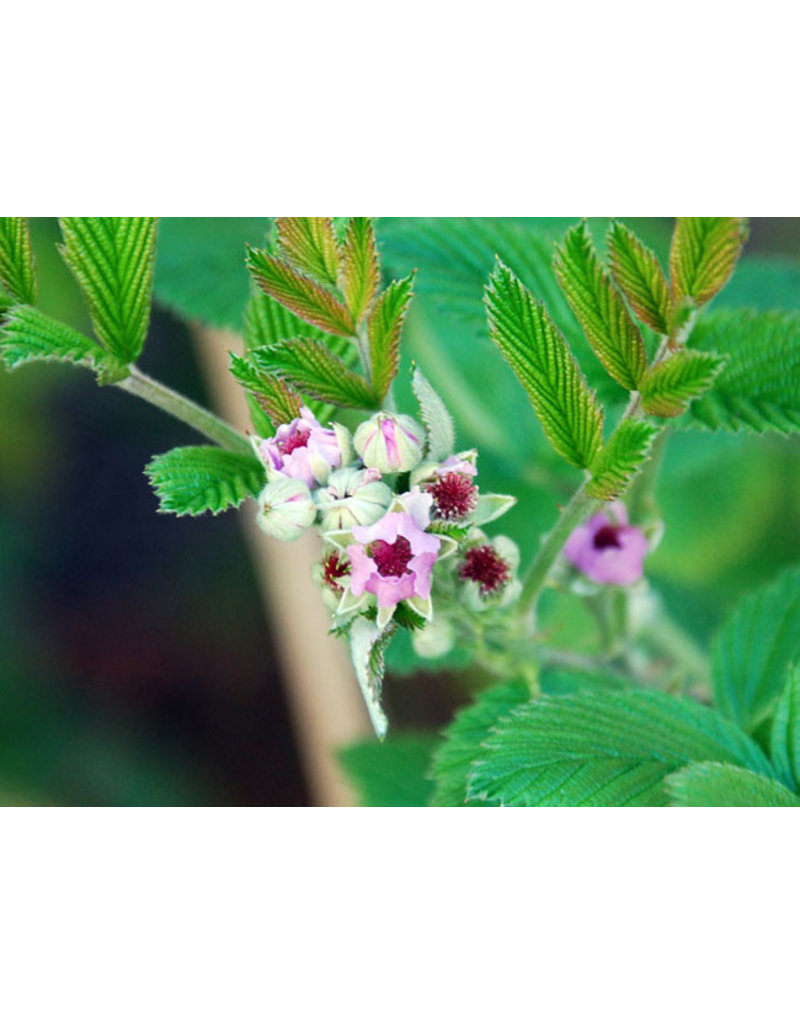 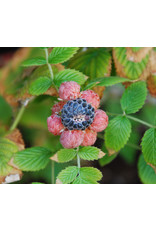 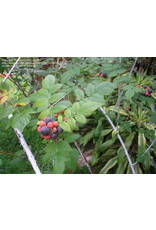 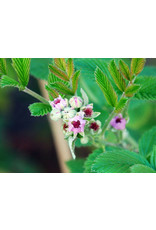 Plant Description: Shrubby, thorny bush to 8-15ft. Growth habit is sprawling, with branches/canes reaching several feet in length. General appearance is much like the common raspberry, except the bushes tend to be larger. Hardy to at least 20F, but mature plants can survive into the teens.

Distribution/History: The species is native to Burma and India, particularly the lower Himalayas, from Punjab to Assam, the Deccan peninsula, and the Western Ghats; and is common in the evergreen forests of Mahabaleshwar. The more hairy var. horsfieldii Focke extends south through Malaya to Indonesia and Bontoc and Benguet in the Philippines. From India, the Mysore raspberry was introduced into Kenya, East Africa, and has been grown in the mountains there for many years.

Importance: Mysore raspberries are full of health benefits on account of their remarkable antioxidant profile. Its dark pigment ranks the fruit high in polyphenols and anthocyanins than other, lighter berries in the same family.