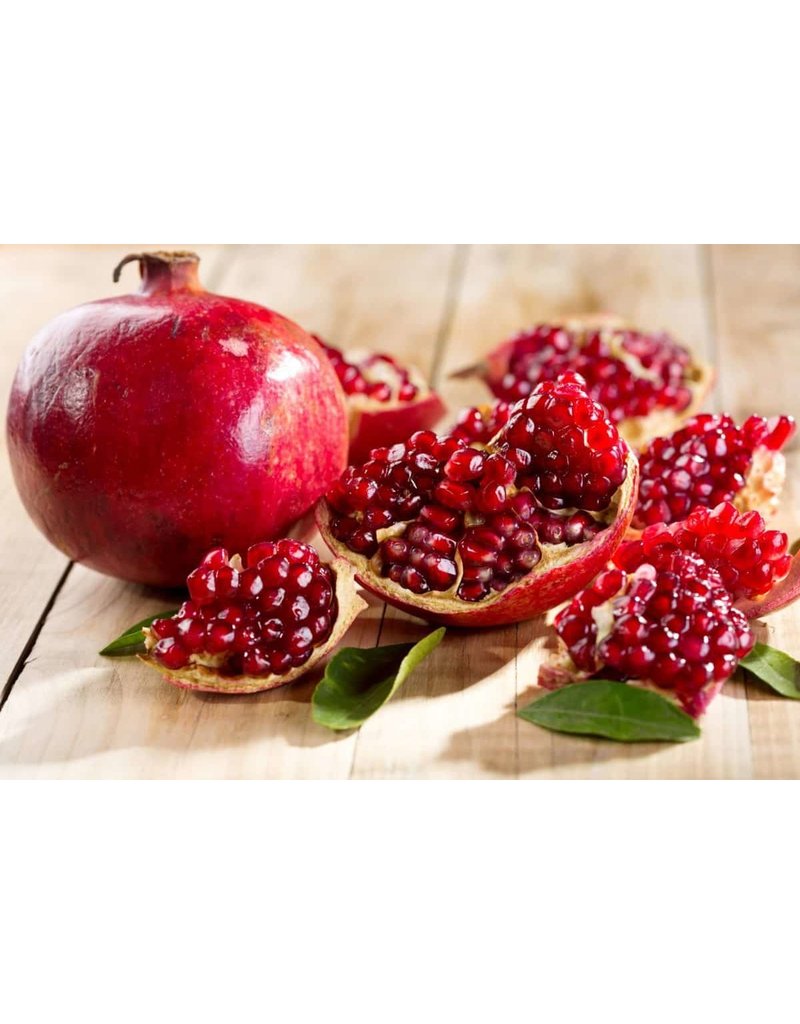 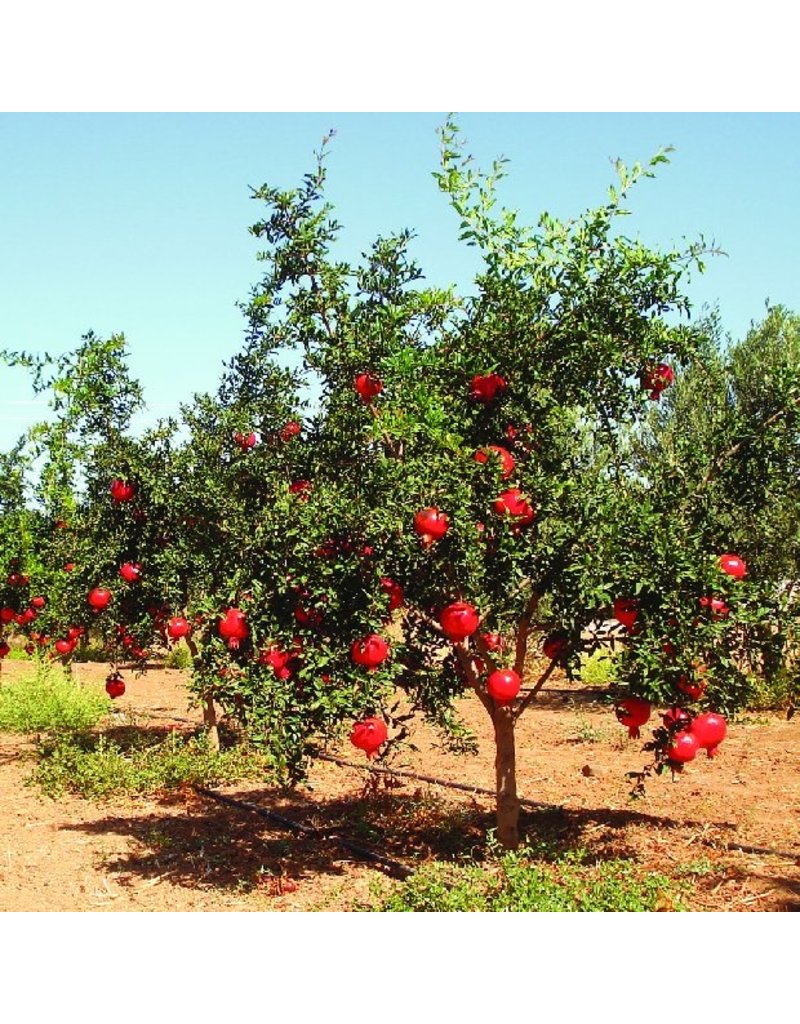 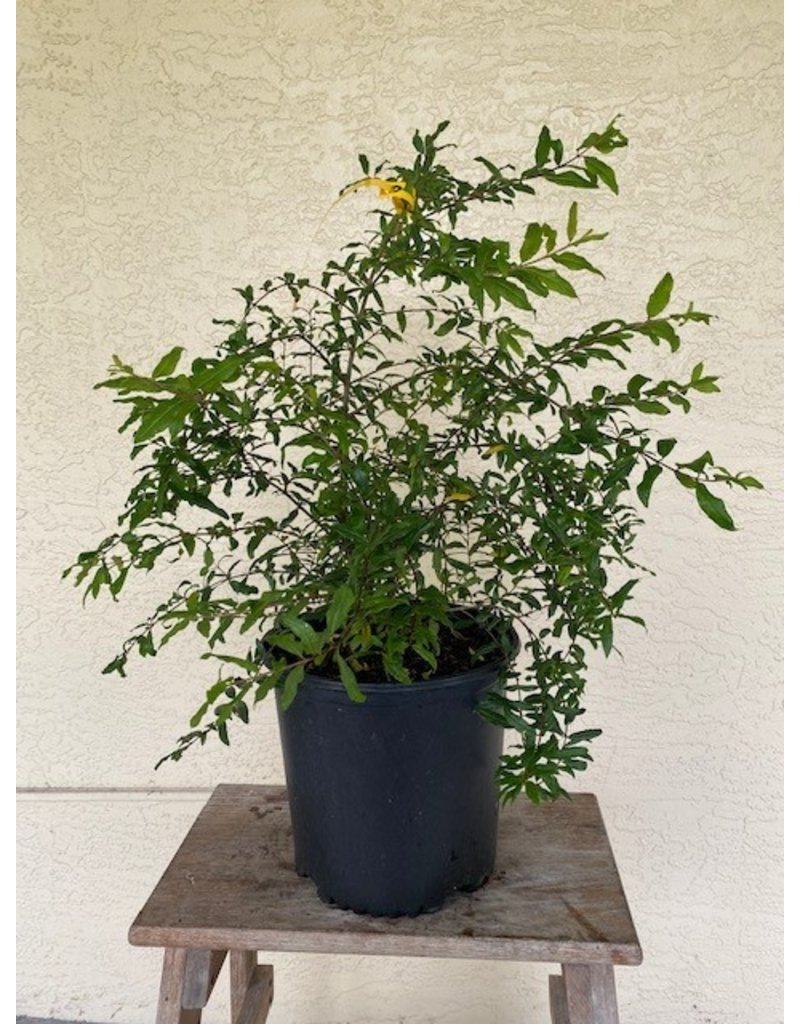 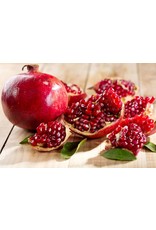 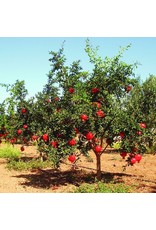 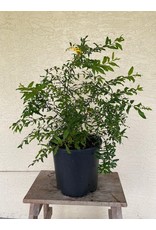 Tree Description: The pomegranate is known as “the hardest working fruit” in the world. The juice contains the highest concentration of naturally occurring antioxidants of any fruit. They are typically baseball to softball size, and are filled with transparent sacs that contain a seed and a flavorful pulp. They can be eaten out of hand or juiced for a drink. Avg. Height x Width: 10' x 10'. Varieties: Vietnamese Red. Season: Year round. Damage Temp: 24F.

Distribution: It is rather commonly planted and has become naturalized in Bermuda where it was first recorded in 1621, but only occasionally seen in the Bahamas, West Indies and warm areas of South and Central America. Many people grow it at cool altitudes in the interior of Honduras. In Mexico it is frequently planted, and it is sometimes found in gardens in Hawaii. The tree was introduced in California by Spanish settlers in 1769. It is grown for its fruit mostly in the dry zones of that state and Arizona. In California, commercial pomegranate cultivation is concentrated in Tulare, Fresno and Kern counties, with small plantings in Imperial and Riverside counties. There were 2,000 acres (810 ha) of hearing trees in these areas in the 1920's. Production declined from lack of demand in the 1930's but new plantings were made when demand increased in the 1960's.

History: The pomegranate tree is native from Iran to the Himalayas in northern India and has been cultivated since ancient times throughout the Mediterranean region of Asia, Africa and Europe. The fruit was used in many ways as it is today and was featured in Egyptian mythology and art, praised in the Old Testament of the Bible and in the Babylonian Talmud, and it was carried by desert caravans for the sake of its thirst-quenching juice. It traveled to central and southern India from Iran about the first century A.D. and was reported growing in Indonesia in 1416. It has been widely cultivated throughout India and drier parts of southeast Asia, Malaya, the East Indies and tropical Africa. The most important growing regions are Egypt, China, Afghanistan, Pakistan, Bangladesh, Iran, Iraq, India, Burma and Saudi Arabia. There are some commercial orchards in Israel on the coastal plain and in the Jordan Valley.

Importance: Pomegranates are rich in antioxidants and flavonoids, both of which are known to prevent free radicals from damaging your cells. In some studies, pomegranates show potential to be effective in preventing prostate, breast, lung, and colon cancers. 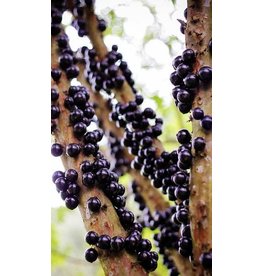 Available for curbside pickup only.
Add to cart
Jaboticaba
$40.00 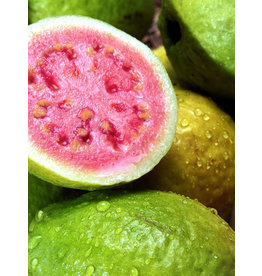 Available for curbside pickup only.
Add to cart
Guava
$35.00