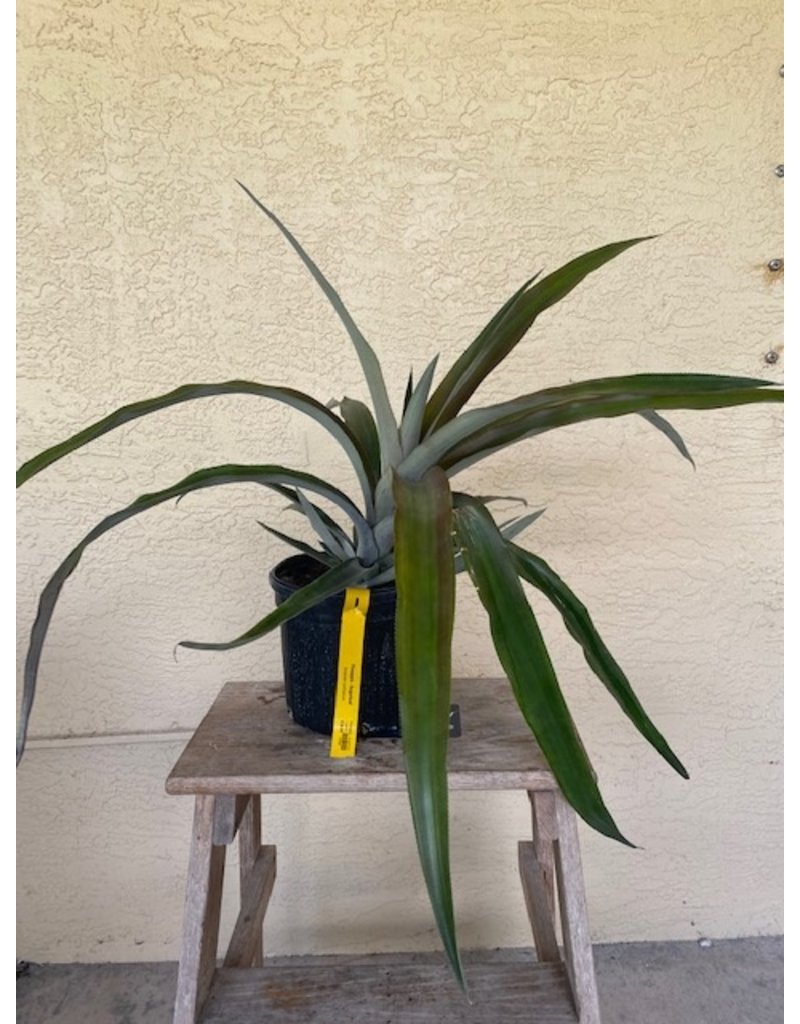 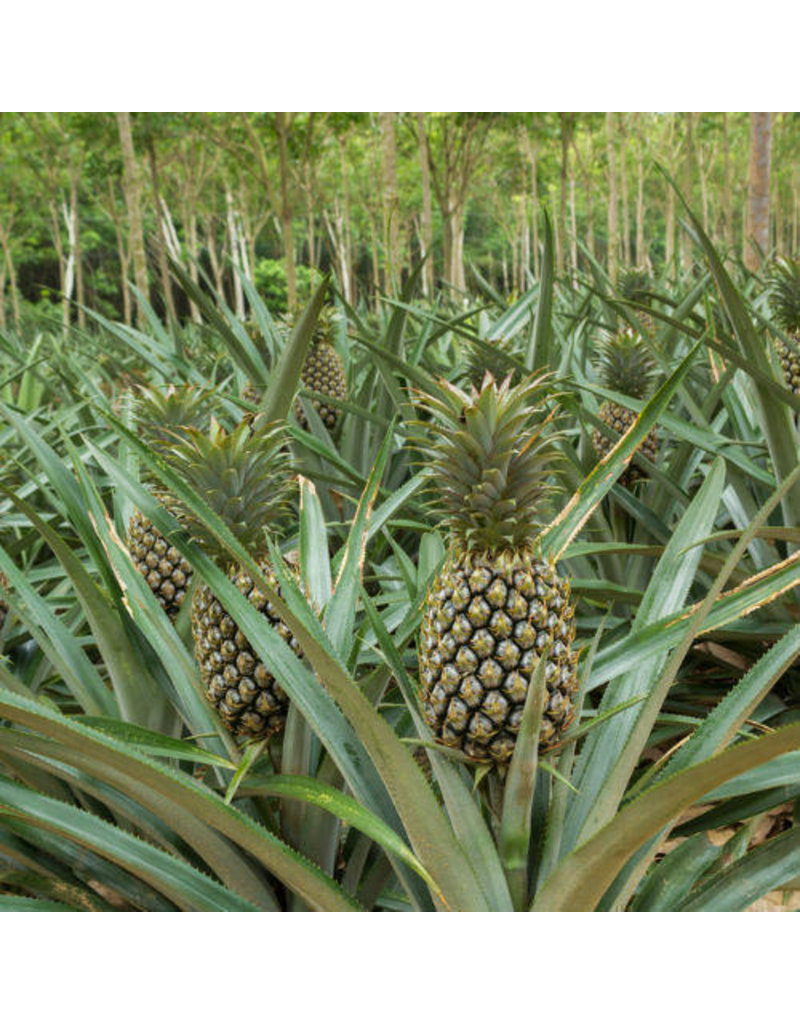 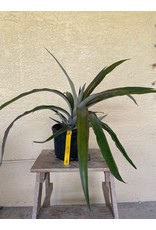 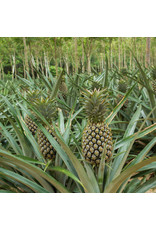 Tree Description: Pineapples are among the most widely used tropical fruits in the world. The fruit grow on a small herbaceous plant that is in the same family as ornamental bromeliads. The plants can be reproduced by planting the crown of the fruit, but they are best grown from the suckers that occur at the base of the fruit or the mother plant. The plants begin producing fruit at one to two years of age. Avg. Height x Width: 3' x 4'. Varieties: Elite. Season: May to September. Damage Temp: 27F.

Distribution: The pineapple has its origin in South America where it was domesticated before the time of Columbus. In the 16th Century, the Spaniards took the pineapple to the Philippines and Peninsular Malaysia, and possibly also Indonesia. The crop is now widely grown throughout the tropics and into the subtropics. The international canning industry is based on plantations in Thailand, the Philippines, Malaysia and northern Sumatra as well as in Hawaii (USA), Brazil, Taiwan, South Africa, Kenya, Côte d'Ivoire, Mexico and Puerto Rico.

History: The Portuguese were apparently responsible for early dissemination of the pineapple. They introduced it to Saint Helena shortly after they discovered that island in 1502. Soon after, they carried it to Africa and, by about 1550, to India. Before the end of the 16th century, cultivation of the plant had spread over most of the tropical areas of the world, including some of the islands of the South Pacific. Major modern growers of pineapple include Costa Rica, Brazil, China, India, and Thailand.

Importance: This popular fruit is packed with nutrients, antioxidants and other helpful compounds, such as enzymes that can fight inflammation and disease. Pineapple and its compounds have been linked to many health benefits, including aiding digestion, boosting immunity and speeding up recovery from surgery, among others.