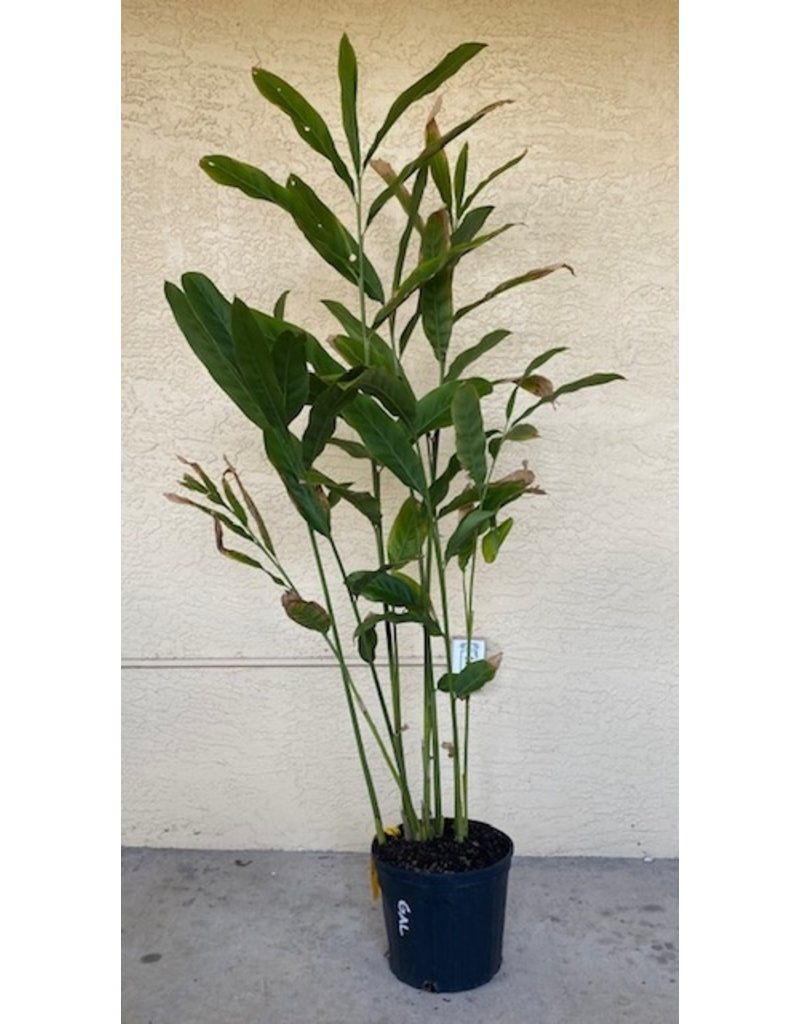 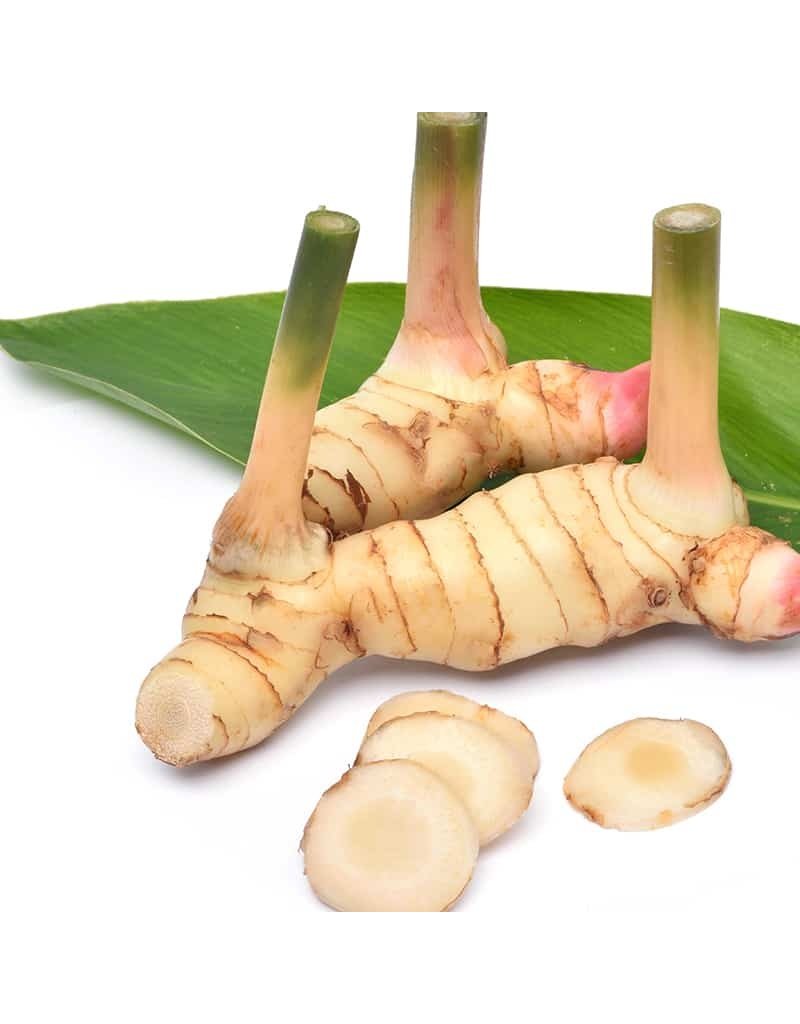 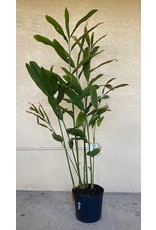 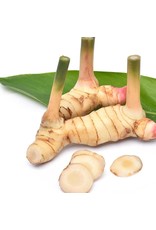 Plant Description: Each plant typically grows to 6' tall in a clump of stalks clad with long green leaves (12-15" long by 2-3" wide). Showy yellowish-white flowers with red centers bloom throughout the year on upright inflorescences. Flowers are followed by red fruits (1/2" diameter) which emerge green and then turn yellow before finally maturing to red. Leaves, stalks, rhizomes and seeds all have a mild aromatic aroma. Foliage is attractive and plants may be grown ornamentally without harvesting the rhizome. Plants are evergreen when grown in frost-free locations.

Distribution: A moderate shrub mostly referred as galangale or galanga, is a very popular spice in whole South East Asia and especially typical for the cuisine of Thailand. It is also known and used in Malaysia, Indonesia, Cambodia, Vietnam and Southern China. Chinese five spice powder is sometimes enhanced with galangale. In Western countries, however, galanga is not well known, at least in recent days; it has, however, been a valued spice in the early Middle-ages. Galangale is sometimes confused with other spices of the ginger family. Its taste and appearance are, however, characteristic; it cannot be substituted by any other spice.

Importance: Food : The rhizome has a sharp, spicy flavor which is popular in Southeast Asian cuisine. It is finely blended with other spices to make a paste for laksa, curries and various side dishes. The flowers are young shoots are consumed as a vegetable.

Medicinal: In Peninsular Malaysia, the seeds are used in traditional medicine to treat vomiting, herpes, colic and diarrhoea. The Filipinos prepare a leaf decoction to treat rheumatism. In Java, the pounded rhizome is applied to wounds and sores.