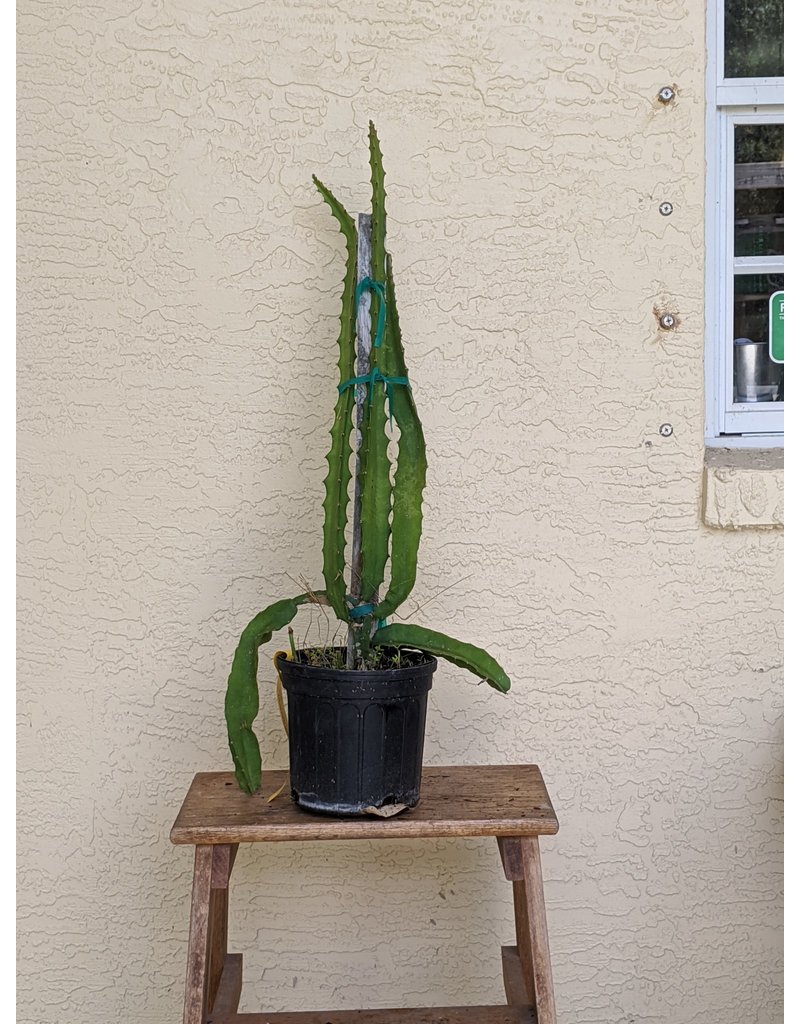 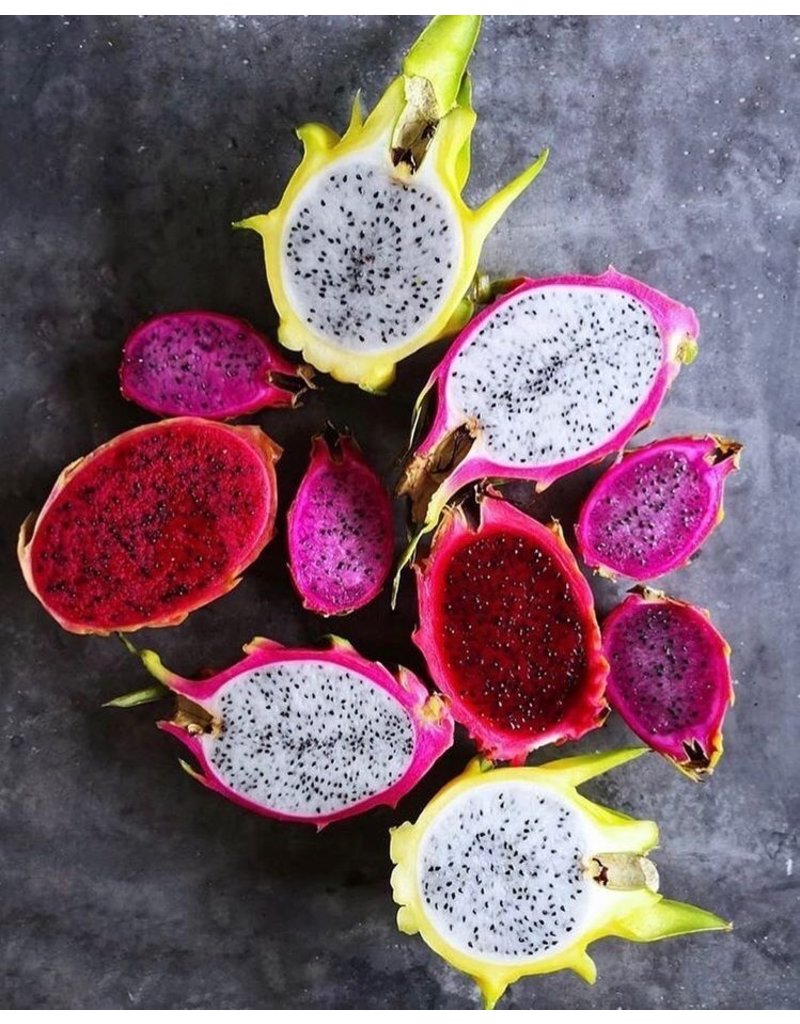 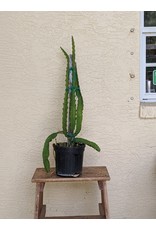 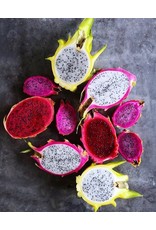 Plant Description: This climbing cactus is one of the most beautiful and widespread members of the Cactaceae family. The magnificent night blooming white flowers can be up to 14 inches in diameter. The fruit is most often eaten chilled and cut in half so that the flesh may be spooned out. The juice is used in frozen drinks and it has even been used as a Tropicana Twister flavor. The red fruit are high in lycopene, which is a natural antioxidant that is known to fight cancer and heart disease. Season: Year-round according to variety. Damage Temp: 27F.

History: Despite this contemporary global spread, dragon fruit is native to Mexico, Central America, and South America and was introduced to Asia via Vietnam by the French in the early 1800s. In the United States, dragon fruit continues to gain popularity, which is spurring expansion in commercial production.

Importance: Dragon fruit is high in vitamin C and other antioxidants, which are good for your immune system. It can boost your iron levels. Iron is important for moving oxygen through your body and giving you energy, and dragon fruit has iron. And the vitamin C in dragon fruit helps your body take in and use the iron.