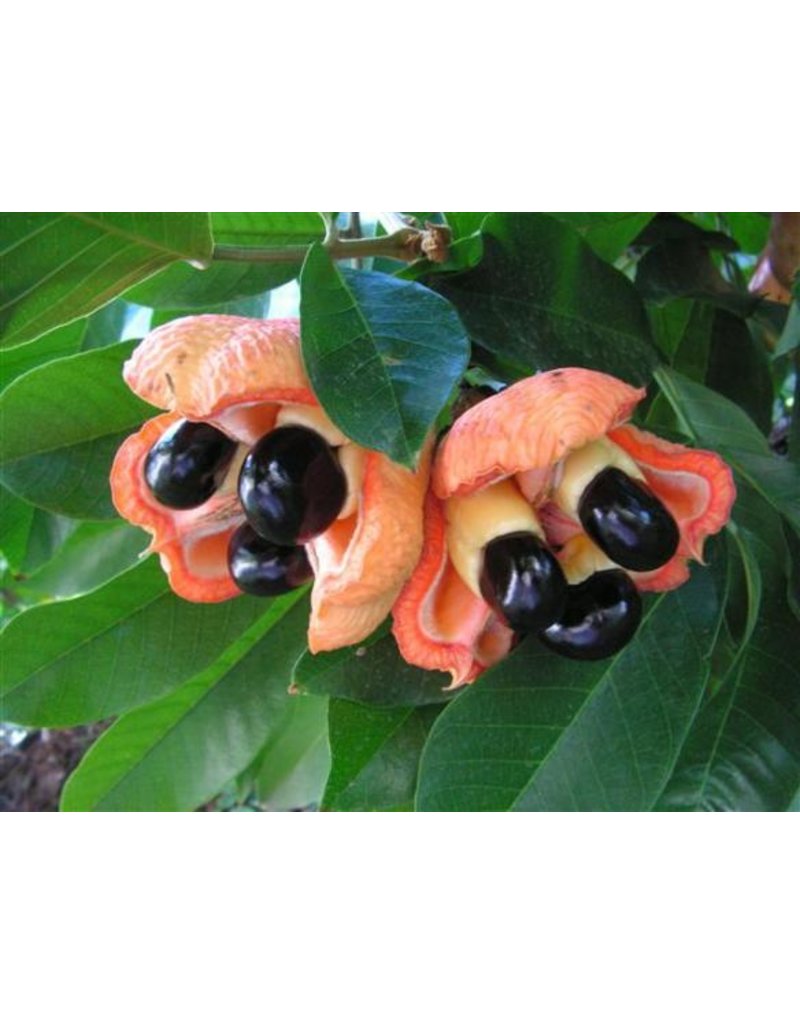 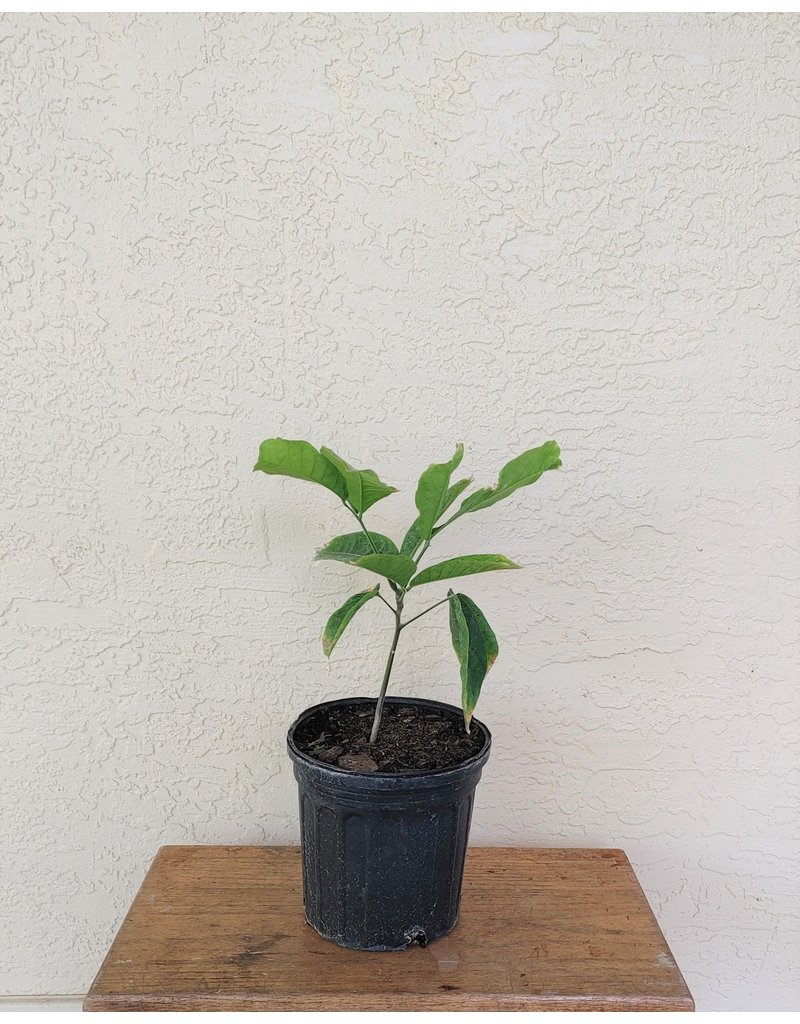 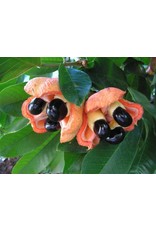 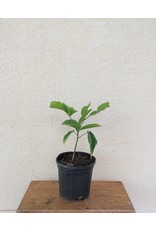 Tree Description: Akee is the national fruit of Jamaica. It is rather large, handsome, fast-growing, evergreen tree that may be kept at a reasonable height through regular pruning. When fully mature, the fruit opens, revealing a crisp, cream-colored, glossy aril that is somewhat nutty-flavored and attached to large, black, shiny seeds. The fruit is poisonous until allowed to open naturally. The green fruit, seed and husk are variously used in making soaps. Average height 20ft. May fruit twice a year, heaviest crop in summer.

Distribution: The akee is indigenous to the forests of the Ivory Coast and Gold Coast of West tropical Africa where it is little eaten but various parts have domestic uses. In Ghana, the fruiting tree is admired as an ornamental and is planted in villages and along streets for shade. The akee was brought to Jamaica in 1793 by the renowned Captain Bligh to furnish food for the slaves. It was readily adopted and became commonly grown in dooryards and along roadsides and, to some extent, naturalized. The arils still constitute a favorite food of the island and the fruit is featured in a calypso despite the health hazards associated with it. Canned arils are exported to the United Kingdom where they are welcomed by Jamaican immigrants. Importation has been banned by the United States Food and Drug Administration.

History: Ackee is derived from the original name Ankye which comes from the Twi language of Ghana. The botanical name of the fruit – Blighia Sapida – was given in honour of Captain William Bligh of “Mutiny on the Bounty” fame, who in 1793 took plants of the fruit from Jamaica to England.

Importance: The fiber contained in ackee can aid in bowel elimination as it adds bulk to faeces. The fibre may also reduce cholesterol levels and aids in lowering the risks of inflammation, cramping, constipation and bloating of the colon. Finally, ackee provides a boost to the immune system.